It happened to myself and I heard it from several people on the web: After a modification or just out of the blue you end up with a broken Korg Electribe ESX. The symptoms are a normal amber glowing LCD and tubes after power on. But you don’t get any reaction on a keypress and no information on the display.

Complex musical devices like the ESX need more than one power path to work. The Electribe has +/-12V for the tubes and audio path, +5V, +3V and +1,8V. In our case the 1,8V path is the broken one. This voltage is needed for the digital core of the embedded microcontroller.
These voltages are generated by Low Drop Out Regulators, so-called LDOs. These things just take a voltage slightly higher than the one they want to create, in case of our 1,8V you need 2,5V. They regulate the voltage down to 1,8V and convert the remaining energy into heat.
Our LDO is protected by a fuse and this fuse has to be replaced, because it doesn’t conduct any more. The fues is marked by a red rectangle in the picture above. Unfortunately these things are not huge glass tubes with a wire anymore but devices mounted on the surface of the PCB (printed circuit board) – Surface Mounted Devices, SMD. 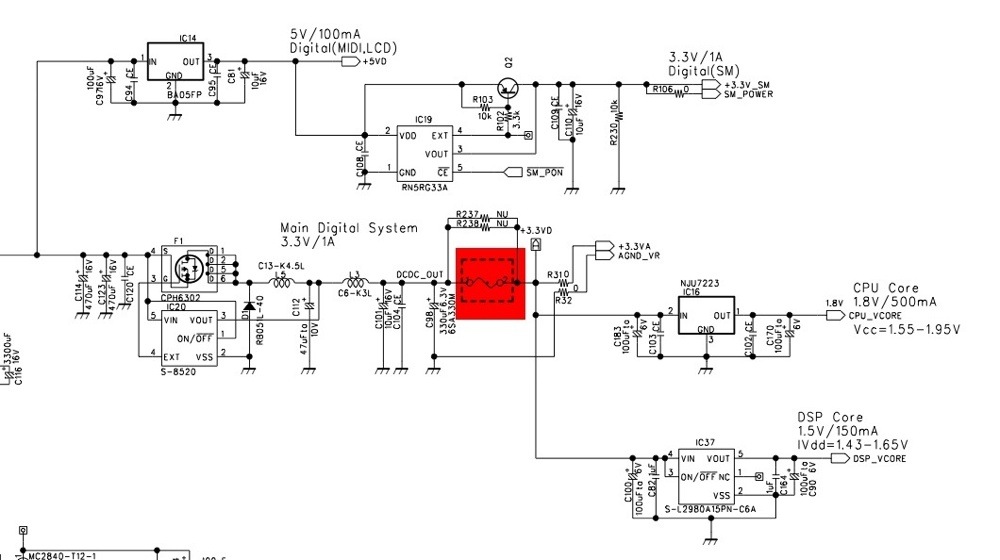 The red rectangle is the Fuse we want to replace. Right above the Fuse are the resistors R237 and R238. These are Not Used. You can see the empty place on the PCB as well. This is one sign that we are in the right place

You need the form factor “1206″ or “1210″. I’m not sure, but they are very similar in size. 1206 means, 12mil in length and 6 mil in width. Thats 3,2mm in length and 1,5mm in width.
The current through this fuse is maximal 530mA. This is the value I measured during one morning of running the ESX. The G on the broken fuse stands for 0.75A, which would fit our 0.53A. You can get these devices from Farnell or Digikey. These form factors are a bit complicated to order. I you are in a hurry you can use a wire on your own risk.

How to fix it?

First remove all plastic knobs. Just pull on them. Unscrew all the allen keys. Remove the front. Remove four „golden” screws, not the black ones. Remove the panel holding the knobs. Your ESX should now look like on the next picture. 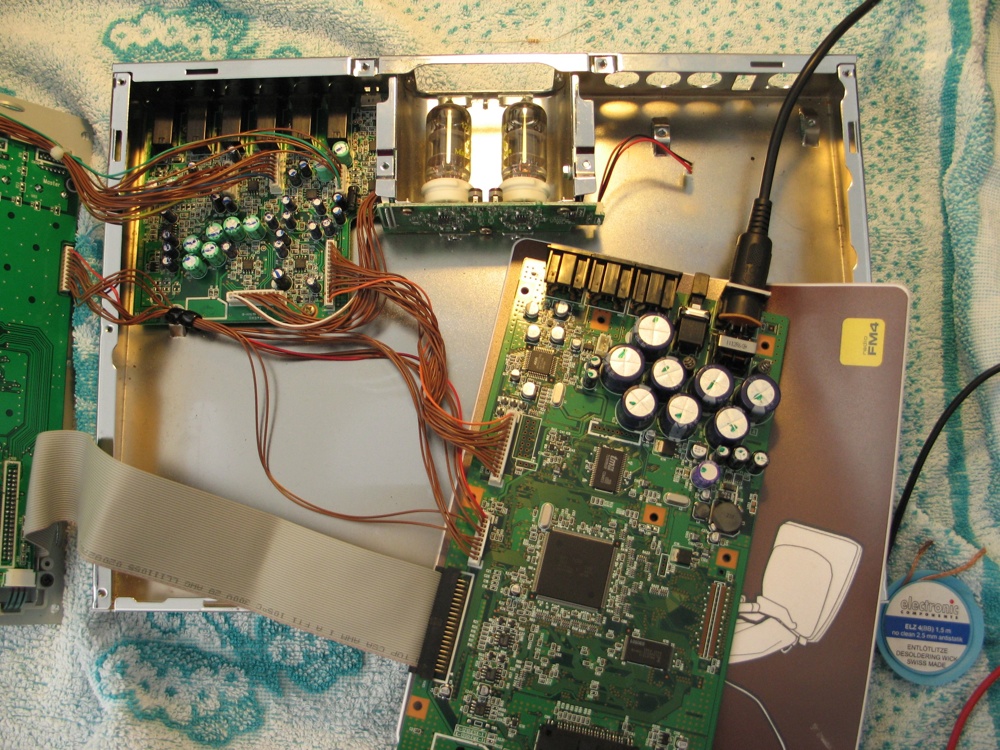 Now look for the region with the many capacitors in the upper right corner near the power supply and the MIDI ports. These are the big round tons. Have a look at the next picture.
There is a device marked FUSE1, marked red on the picture. On this fuse is printed a G. This is the one we are looking for, but first make sure that the fuse is really broken. You can do this by two ways: 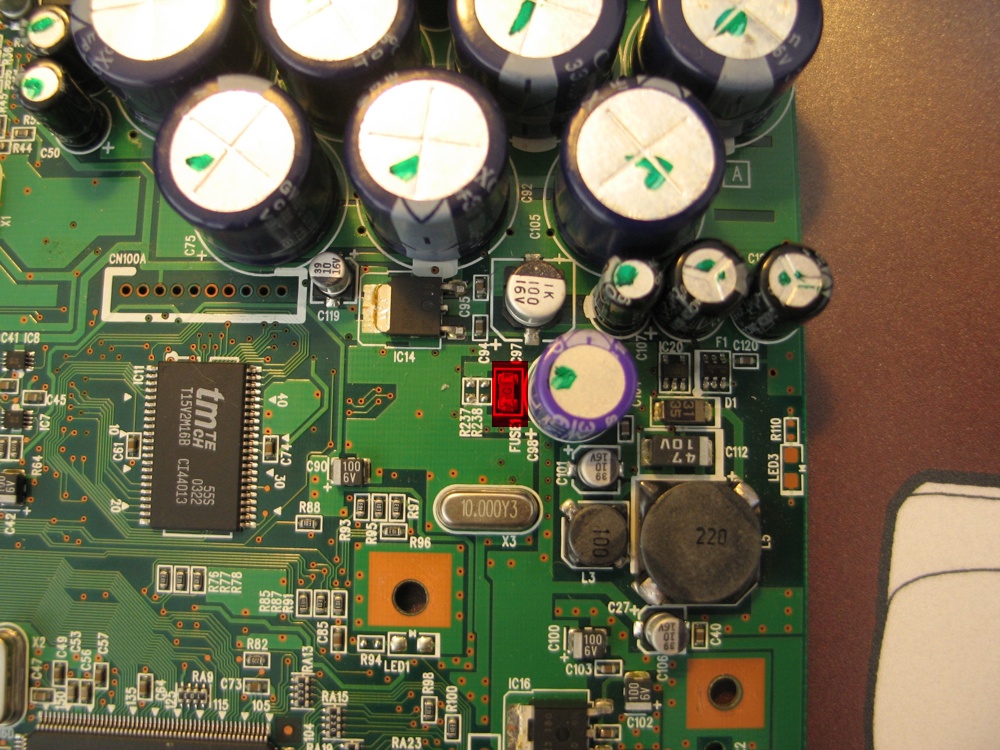 I measured the current a while ago and came out with a wrong value. I have the wrong assumptions still here, of course they are not valid any more.
Because SMD are very small, they’re marking is somehow cryptic. A G stands for a fuse with 0.75A. But my measurements showed, that if you stress your device, set all LEDs on etc., the current can be up to 1.7A through this fuse. So I tried a 2A fuse with no problems. I then ordered from Farnell the order number 120-6723, soldered the new fuse in and had no problems since then.
If you want to try something advanced you can have a look for a resetting polyfuse. These have a little more voltage drop than conventional fuses. But as I explained earlier, the fuse just leads to an LDO, which converts 3,3V into 1,8V. And it’s kind of regardless if he creates the 1,8V from 3,3V or from 3,0V. The advantage of the polyfuse is, these things reset themselves after a while. But as I said, I haven’t tried this.
Here is a copy of the Korg EMX Service Manual.